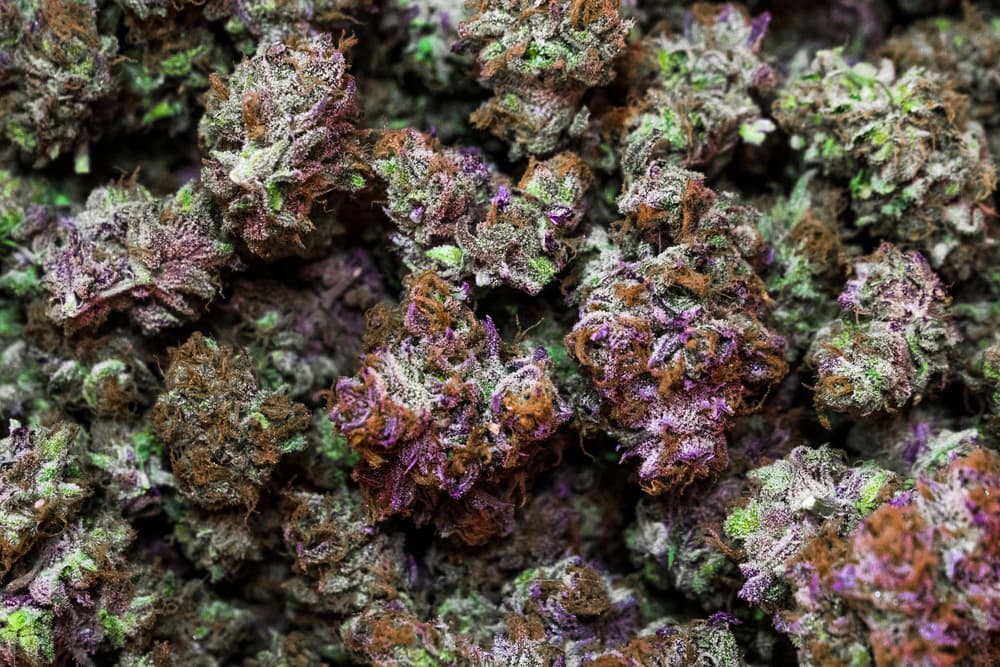 Even if Gelato had a less appetizing name, it would be hard to dismiss the strain. Its handsome appearance and mouth-watering flavor profile make it a regular favorite at many dispensaries.

Yet, many may not know that the term “Gelato” can represent a wide variety of sub-strains called phenotypes. All stem from the original Gelato strain but contain subtle differences that set each other apart.

This particular spotlight will show off what makes Gelato 33 worthy of its discussion separate from its cannabis cousins. That said, all mentions of “Gelato” going forward will reference the 33 phenotype.

Made from a cross of Sunset Sherbet and Thin Mint Girl Scout Cookie, Gelato 33 is a hybrid strain that leans slightly to indica strains. As its name implies, Gelato is a dessert strain and after-dinner favorite. Speaking of names, you may hear the Gelato 33 strain referred to as “Larry Bird” due to the legendary basketball player’s uniform number.

This is a fairly potent strain that punches far above its typical low-20s THC level concentration. Its potency may be due to the entourage effect from cannabinoids and terpenes working together to offer effects greater than the sum of its parts.

Specifically, terpinolene and pinene are found in high abundance on Gelato buds. The former is often seen in strains with a sweet taste, while the latter is common in basil, pine needles, and sage.

Gelato buds are delicate yet bold. Most buds are football-shaped, large, and frosted with rich white and deep red trichomes. Its green can range from dark green to vibrant purple. The weaving of colors throughout the bud makes it especially fun to look at — especially after consuming it.

Of course, if a strain will be named Gelato, it should offer both sweetness and creaminess. Gelato 33 delivers on both ends with a mixture of flavors that stem from its parental strains. From Thin Mint Girl Scout Cookies, you’ll notice the sweet taste of berries and citrus.

The smoothness delivers due to the smooth smoking. As you inhale and exhale, you’ll notice notes of earthy oranges and hints of mint intermingling. The smell can be pungent, so it’s not the best choice if you need to consume discreetly.

While it tilts slightly into the indica column as far as hybrids go, Gelato truly mixes the best of both worlds with a reported body high mixing nicely with an increased willingness to socialize. In fact, if you’re new to Gelato, it may be best to consume it with like-minded friends. The initial rush to the head can be overwhelming for some, even as you feel like you’re among the clouds.

However, many consumers state this feeling melts away into true relaxation. Eventually, the experience transforms into an all-over body high and free-flowing mind. You may find normally pronounced mental barriers become easier to bypass. Creatives and socializers will especially appreciate this strain.

Gelato is also a favorite among those dealing with depression, insomnia, and pain. This is likely due to its unique profile of cannabinoids and terpenes.

To try Gelato 33 or other phenotypes of the strain, make sure to stop by Green Sativa today. We offer both a recreational and medical cannabis menu filled with high-quality cannabis from the best producers in the state.

Browse our menu online or visit our Federal Heights dispensary to ask any of our friendly, knowledgeable budtenders any questions.